What Crystal are you currently wearing/carrying on you?

What Crystal are you currently wearing/carrying on you?

I usually have a crystal tumble in my jeans pocket and a crystal pendant. Usually the pendant is a beautiful intense blue larimar. I tend to put a pearl on the necklace too. Of late I sometimes switch the larimar for a super 7 heart. My daughter gave that to me. But then I still wear the pearl. This pearl is not a round one, bit of an odd shape, and has beautiful pastel rainbow colours. Peach, lila, golden.

In my pocket depends on what I feel I need. Right now it's a tumbled high quality rhodochrosite. It is a deep dark pink.

Currently having a deep pink morganite and an Uluru tumble in my pocket. The tumble is not directly from Uluru, but another area / mountain further away that is allegedly connected to Uluru.
The two crystals suddenly seemed to be connecting and wanted to be together with me. 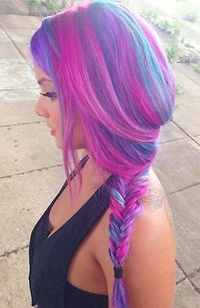 I am wearing since a view days an Amathist and a Shungite, since I noticed I had some problems with some Earth energies / Geopathic stress.

Here some more information about geopathic-stress

Last week I willingly took off my larimar pendant for the first time in years to wear my new lepidolite & rubellite pendant.
I really need that energy right now, and I got 2 freeforms of it, but I wanted something I can wear on me.
My daughter gave it to me for my birthday 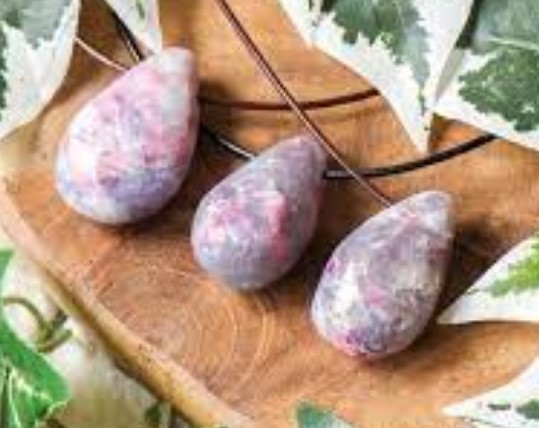 Back to wearing my lepidolite tourmaline. I couldn't for a few weeks as the cord had broken. Tied it together, soon it broke again.
Now I've got another one, stronger, woven, and even managed to make the 2 sliding knots myself this time (YouTube is your best friend!).
And now I'm wearing it again. Together with my gorgeous blue larimar (not the greenish one) with a amorphous pearl.

Nothing in my pocket at the mo.

Since a few days I felt drawn to wearing my gilalite / Medusa stone pendant again. Problem is that another pendant would mean taking of my larimar which I really do not want.
This morning I decided to sod it, grin, and just wear the gilalite on another separate necklace with the larimar.
Gilalite is quite a rare crystal, you seldom hear people mention it, and its look won't appeal to everyone. Unless you can afford a real expensive one as it's not a cheap crystal.
But it being non entirely clear, having a few mossy patches, is quite normal.
Again, there are totally clear ones with bright blue dots -which is the gilalite, the rest is quartz- but those must cost a fortune!

Medusa Quartz is mined in the Brazilian state Paraiba, in the same location where you find Paraiba Tourmaline. This stone gets its name because of its formation which looks like the tentacles of a jellyfish.
(I actually don't see the tentacle things, I thought it was called after jellyfish as the spots look like the bodies of jellyfish seen from above.)

Properties:
You either love this gemstone or hate it, there is no middle ground. Many people believe that Medusa quartz has many benefits to the wearer. Since it is considered to be a water crystal, it gives the wearer a soothing feeling that can offer a great deal of comfort to them when they need it the most.
It also takes away any concerns that you might have. This crystal provides a sense of calm when you start to feel overwhelmed. These are the things that help give you better focus and allow you to take care of things that you need and want to do.
This stone can be very powerful in these fields on its own but when used in combination with a clear crystal, it creates a powerful combination that is very productive for your healing process.

Judge for yourself. Personally I agree with the stories I read: at appeals, yet at the same time it does not. It's more the energy that draws me in, not so much the looks.
I'd feel different if it was like the photos I'm sharing here, but again, I think these are top quality & thus top price specimen. 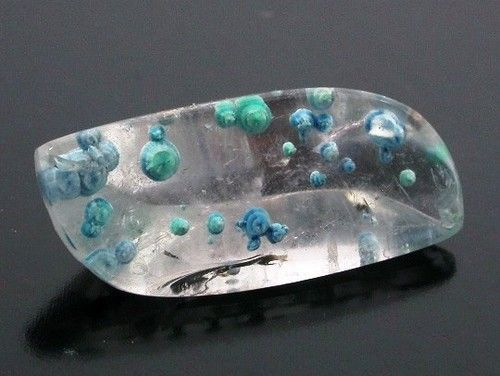 My beautiful sugilite!
I bought one the last time I as at the crystal shop. Couldn't find much online, just poor quality and I wanted one with deep colour. Either deep lilac/purple or deep magenta-purple.
They had quite a lot to choose from but most weren't what I was looking for either.
One I loved, a beautiful purple all around. Not a solid colour of course but a top quality piece. Then there was another that was very dark and when holding it into the light it revealed it's magenta and purple colours.
Now my head wanted the other one as that colour works on the higher chakras, darker sugilite on the lower chakras. But my Heart & Inner Guidance wanted the darker one.
So I ended up... getting the darker one, haha. Who can argue with their Inner Guidance? Well, you can, just not so smart.

I sleep with it in my pilowcase each night, I sleep very well now too. And during the day it sits in my jeans pocket

Totally happy with it, and that I remembered to get it there as opposed to getting a poor quality online. And usually you cannot choose a tumble stone, they always pick one intuitively. Sales talk for, "I'll just grab one, stick it in an envelope and send it to you."
Whether a tumble or not, I want to see which one I get! Especially with a crystal as expensive as sugilite.

Anywho, very happy I got it!!